Maison Mercier in Lausanne was designed by architect Francis Isoz for entrepreneur and politician Jean-Jacques Mercier. Completed in 1900, Maison Mercier has 11 stories and a total surface of 6000 square meters. 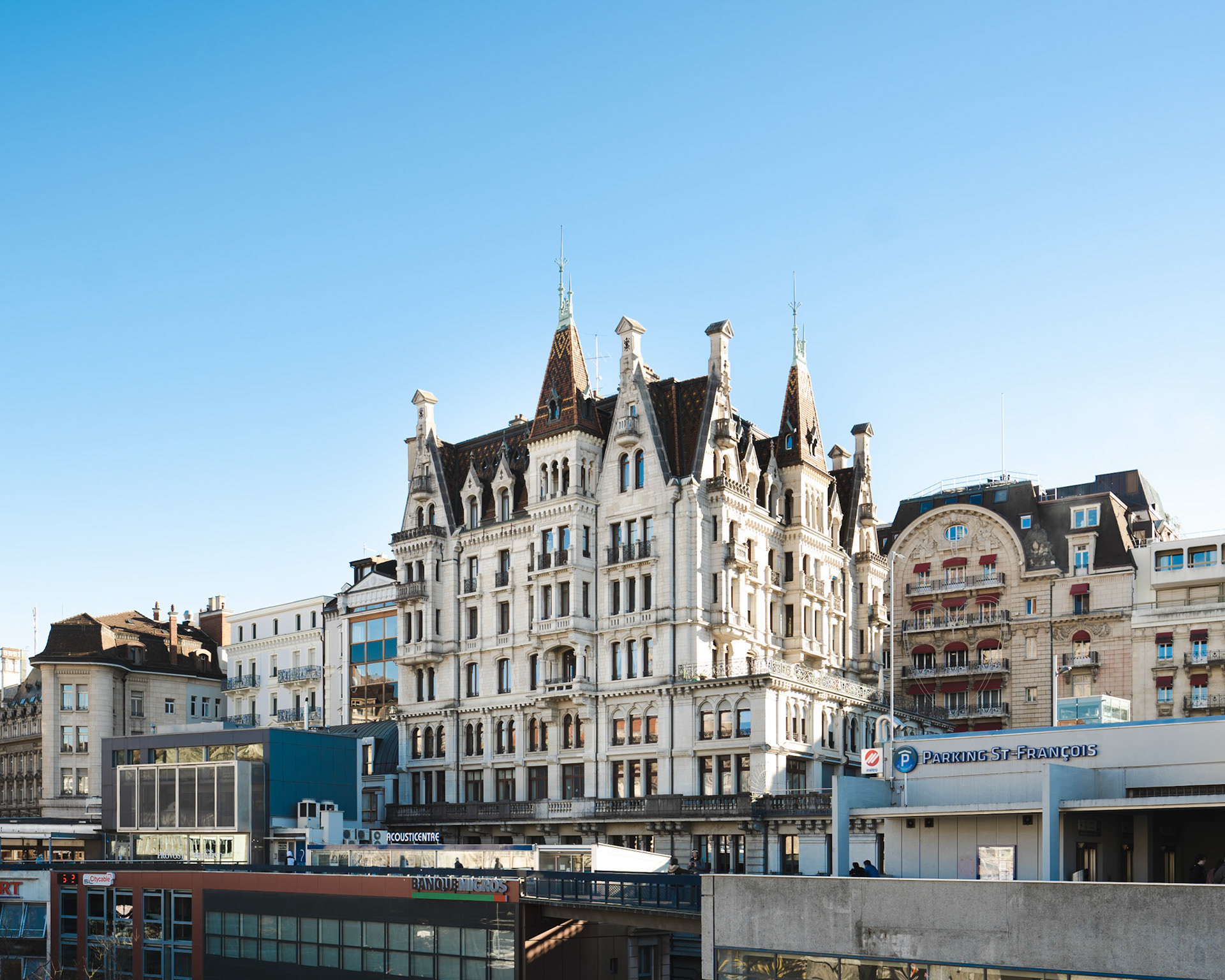 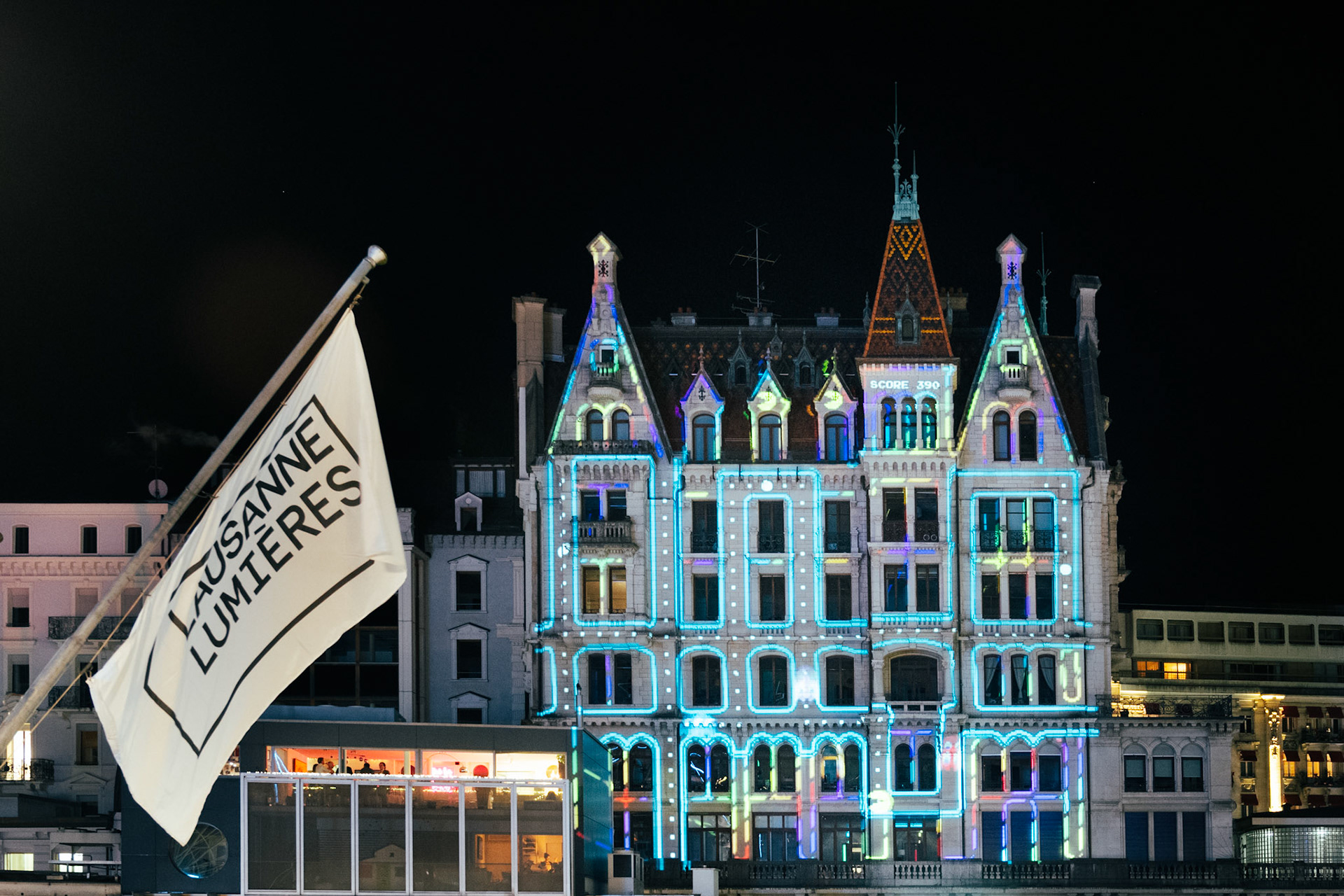 The detailed staircase ironwork was realized by Atelier Louis Zwahlen. 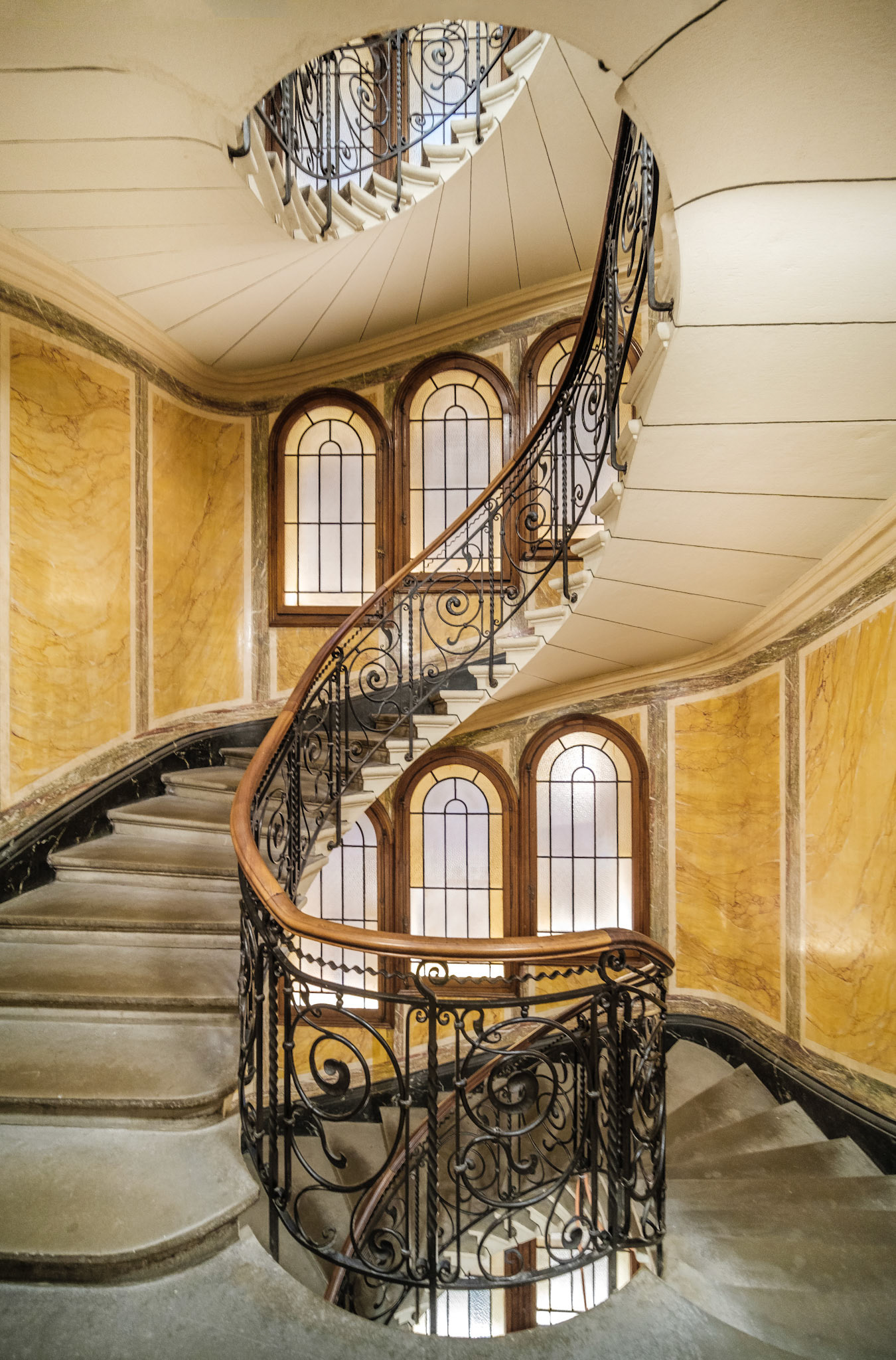 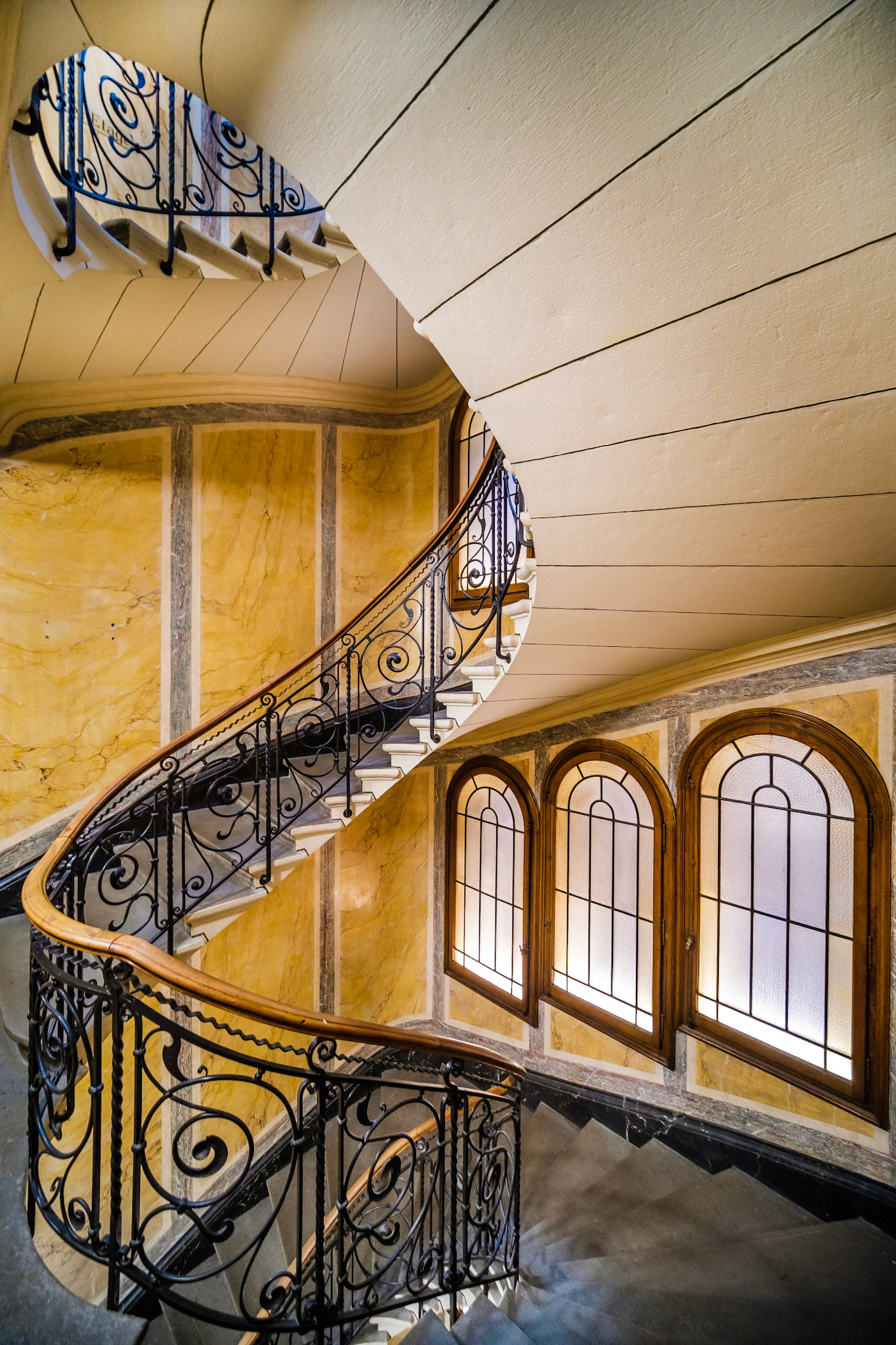 Born in 1826 into a family of tanners established in Lausanne since 1743, Jean-Jacques Mercier started his career in the family business. He was also the main promoter of the railway linking the Lausanne station to Ouchy which opened in 1877 and in 1884 became the owner of the hotel Château d'Ouchy. His leathers won the Grand Prix at the Universal Exhibition in Paris in 1889.
Navigation
Switzerland - Lausanne Center - Staircases
↑Back to Top